(NFTFOH) = Not for the faint of heart.

Donald Trump campaign sinks to new low: President Obama is a “Negro” and a “half-breed”

"Trump’s official campaign spokeswoman, Katrina Pierson, took to Twitter to refer to President Obama as being the “head Negro in charge” while lamenting that the United States needs a “pure breed” President instead. When she was later given a chance to walk those comments back, she instead doubled down on them and referred to Obama as a “half breed.”"


Soooo America, this is REALLY who you are telling the world you want to become the next president of the most powerful country in the world?  If you think you have enemies now, just wait until you stupidly vote this nutjob into power.  And I do people there are enough stupid people who vote that will do this. We fight for our freedom, we fight against oppression and dictatorship, we fight for the right way things should be in the world but then we turn around and consider voting this clown into power?  Give yourselves a shake, please!! 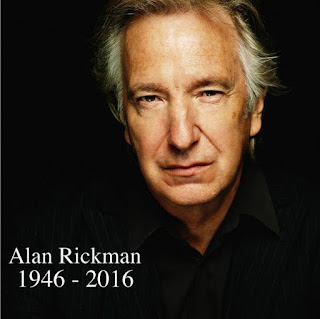 Is this truly the direction America wants to take?

Unfortunately, it was only a matter of time.

Has anyone been paying attention?  If you have, then this incident does not truly shock you.  What shocks you is that something like this took so long to occur.  I personally am glad it was only pepper spray because it could have been much, MUCH worse than that.

And that I fear is also inevitable.  Some whack job person or group will want to make a point or will simply decide they are doing their duty and do something heinous against innocent people.  I hope that I am wrong.  I pray that I am wrong.  But humans often make me look like Nostradamus.
Posted by Dtrini at 19:20 No comments:

Killer Mike and Stephen Colbert. Black AND White, not versus.


Take a few minutes to watch the video near the bottom to see the clip from the show.  Truer words have not recently been spoken than these.  Let us make it happen.
Posted by Dtrini at 18:15 No comments:

Depression is a terrible disease.

Any disease or condition is terrifying to live with for both the family and the patient. Just because someone "looks great" doesn't
mean all is well. Please be kind to each other it really is that simple
💗
💗
Can't say it enough...Many people think that a suicide attempt is a selfish move because the person just does not care about the people left behind. I can tell you that when a person gets to that point, they truly believe that their loved ones will be much better off with them gone.This is mental illness not selfishness. TRUTH: Depression is a terrible disease and seems relentless. A lot of us have been close to that edge, or dealt with family members in a crisis, and some have lost friends and loved ones. Let's look out for each other and stop sweeping mental illness under the rug. If I don't see your name, I'll understand. May I ask my family and friends wherever you might be, to kindly copy and paste this status for one hour to give a moment of support to all those who have family problems, health struggles, job issues, worries of any kind and just need to know that someone cares. Do it for all of us, for nobody is immune. Hope to see this on the walls of all my family and friends just for moral support. I did it for a friend and you can too. You have to copy and paste this one, no sharing.

For ChristineAnn.
Posted by Dtrini at 18:02 No comments:

All clear in the rear. TMI warning.

So, the day started crappy (sorry, could not resist the pun) as I forgot not one but BOTH of my damn phones at home on the hall bench.  I prefer to disconnect when I feel like it.  I hate being forcibly disconnected from everything and everybody.  It is no longer natural.

Anyhow, I had to get downtown not just for work but also to have a followup with the doctor that performed my colonoscopy.  Very nice lady who actually has a good manner about her with patients.  Thankfully the news was good and all seven polyps she removed in my December procedure with found to hold no issues.  I get to repeat the "fun" as a birthday gift to myself (and my family) in May.  Yea me!

On a serious note, I share this with you as most of you are around my age and would rather kill yourself than submit to a colonoscopy session.  That is the wrong way of thinking friends.  You could very well be saving your life by having the session as things start to go awry when you hit the big 5-0; sooner if you have a family history of cancer.  At least go and have the conversation with your family doctor and see what she or he says about it.  Two days of discomfort could mean the difference in years on your life.

Are you seriously shitting me right now?


I try not to condone violence.  In this case, I am willing to look away while someone takes him out.
Posted by Dtrini at 10:42 No comments:

If you have never seen this movie, please stop reading this blog. ;-)

No, seriously.  You need to watch the movie for me to continue considering you human.  Go now!
Posted by Dtrini at 10:29 No comments:

So we should cry more about terror than our own children, right FOX News?

There is such a level of dumb in this video that I do not want to linger on it as it makes me dumber in doing so.  Watch it, decide for yourself.
Posted by Dtrini at 02:06 No comments:

You tell me. Do you see the difference?

This stuff makes me not want to adult today.
Posted by Dtrini at 01:49 No comments:


I got a bit ill reading the comments posted in this article; a small headache developed as my brain tried to understand how intelligent people get so stupid.  This is a shining example of why I could never live in America.  That this is actually allowed boggles the mind.  That it is sanctioned by the city is exasperating.  They say in the comments that people need to move on for things done 100+ years ago but they are too stupid to realize that they are continuing that hate and pain in new forms today so it has never stopped.

I had on my bucket list to visit every major stadium for every major sport.  I seriously think I will need an asterix and leave this city out.  That is far too much concentrated ignorance for me.
Posted by Dtrini at 01:38 No comments:

Sometimes it really is simply black and white.

So, let me ponder this for a second.

Guy selling cigarettes, unarmed, questions the actions of the police, in a peaceful manner, ends up dead.  Black.

Guy is at his own house, unarmed, questions actions of the police who promptly fill him with bullets, ends up dead.  Black.

People are in a church worshipping their God, welcome in a stranger, they are unarmed, he is not.  Nine of them end up dead.  Black.  He ends up in a police car and is fed on the way to jail.  White.

A group of people take over a FEDERAL building, are armed, tells everyone they are armed AND threatens anyone including law enforcement that tries to remove them.  Declares that they will be there for years and invites everyone else like minded to come join them.  None of them are dead, none of them are even hurt.  Hell, not a single picture has been released of them even being confronted or spoken to.  White.


Do you still think we are making this shit up?

I wish I could make this shit up but I cannot.

Sigh.  So, uhm, yeah.  "People" like this truly do make me wonder what app has God so distracted that he/she does not just remove them from this place.  They do not belong here with the rest of us sane people.  They need to go.  Now.

I am tired of posting these.

Racists.  We all have a little prejudice in us.  Sometimes it is passed down/learned from our elders.  Sometimes it is absorbed from our friends and family.  Sometimes our own experiences make us feel a certain way to others not like us.  I do not condemn people for those feelings as long as they understand that they cannot paint everyone with the same brush and that it is wrong to act upon them or incite others.  Racists do both and are vile excuses for the human kind.

If you watch this video from start to finish, his own words and actions clearly illustrate that his apology later on is pure bullshit.  Did he appear that angry to you?  Did he appear to not know what he was saying and to whom?  Why did he not make chimp noises at anyone else, or call anyone else a monkey or say to anyone else that he may have only ever seen ten before (is that because he has seen a dozen hippies)?  Nope, plain and simple he is a disgusting racist pig and got what he deserved.  The company may have only acted in order to distance itself but I am fine with that.  He can now go work for Mark Furman and his ilk.

Who is the monkey now, asshole?
Posted by Dtrini at 01:04 No comments: